​“American Dance Asylum presents…”  first appeared in 1972 on posters for a dance concert coordinated by choreographer Lois  Welk, Jill Becker and other graduates of the SUNY Brockport Dance Department.   Following a sojourn in San Francisco, Welk headed back east with colleague Jill Becker to study Contact Improvisation with Steve Paxton.  She was invited by Richard Bull to teach a workshop at the Brockport Dance Department.  Only two individuals participated  - Bill T. Jones and Arnie Zane.   In 1974, the ADA incorporated as a non-profit, co-directed by Bill Jones, Lois Welk and Arnie Zane based in Binghamton, NY.  Living a collective life style and challenging regional audiences, the American Dance Asylum quickly earned a reputation for its innovative and often controversial productions.  From 1974 - to 1979, the American Dance Asylum produced all the early works of Arnie Zane, Bill T. Jones and Lois Welk.  Clive Barnes (NY Times) wrote in 1977,  “The Dance Asylum shows the value of collective experimentation.”

In July 2005, the ADA became the administrator of The NYS DanceForce, a state-wide network of individuals and organizations working to connect artists with communities funded by the New York State Council on the Arts. Curt Steinzor currently serves as the Director of the NYS DanceForce.

In 2003, the ADA launched its first international festival - a cultural bridge between the island of Sardinia, Italy and New York, directed by Paola Bellu.  Ichnusa Festival was a model for integration of humanities, fine arts and community development. In addition to performances and other events, the festival offered opportunities for young people to learn and practice the English language through art activities in a very rural area. 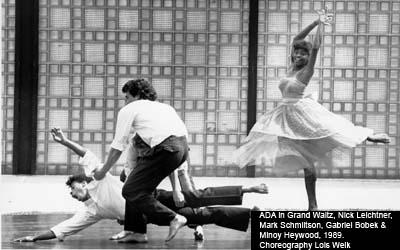 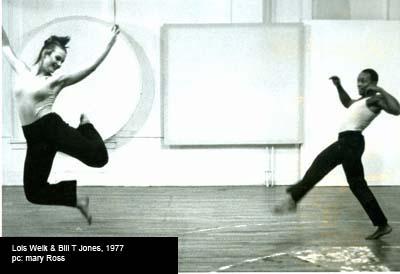