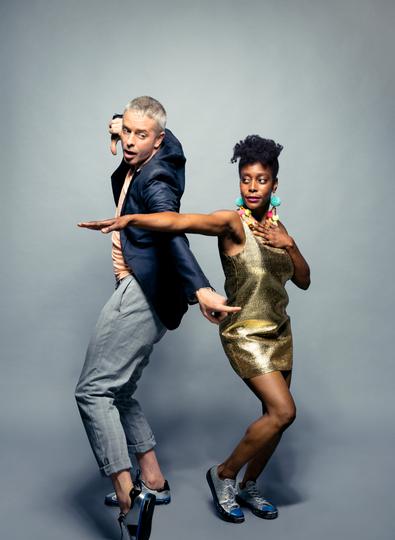 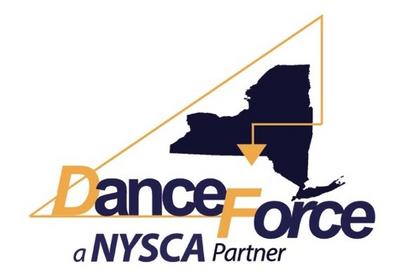 The Civic Social created by guest artists, Mark Schmidt and Remi Harris will be presented by the American Dance Asylum, at Corning Civic Center Plaza, Corning NY in the skating rink on Thurs Sept 2, 2021 at 7pm. The performance kicks off a family friendly weekend of activity-  Imagine: Public Art in the Plaza sponsored by the Arts of Southern Finger Lakes. The performance is followed by a dj dance party. This is a Free outdoor event; bring a folding chair and wear your dancing shoes.

Originally from Monterey, New York, (a small village north of Corning NY), Mark Schmidt is a choreographer, performer and educator who first found solace on the dance floors of New York’s 1990s gay clubs and underground house music scene.  He took his first formal dance class at 171 Cedar Arts in 1994 when guest artists from Colombia presented a three-day salsa workshop. (Little did he know his excitement about the workshop at 171 Cedar Arts would later reveal a passion that would turn into a career.) He graduated from Campbell-Savona High School and attended Corning Community College before moving to New York in 1996. He holds a BA with a concentration in Cultural Studies from the New School for Social Research and MFA in Performance and Choreography from SUNY Brockport. As a choreographer, he has presented work at Dixon Place, Triskelion Arts, Sia Gallery, Chen Dance Center and Center for Performance Research in New York, and the Contemporary Art Institute of Detroit, Bol Theater, and ArtLabJ in Detroit.  When not performing for other artists or creating his own work, he occasionally assists art director Reynaldo Davis Carter as a production assistant.  This has included sets for commercials and fashion publications Italian Vogue, Vs. Magazine, and L'Officiel. Mark is a cabaret law reform activist and formerly served as the curatorial committee vice chair at Dance Parade Inc. from 2014-2018.

She has had the pleasure of dancing with Racoco/Rx, Sydnie L. Mosley, Christal Brown/INSPIRIT, Katie Workum, Keigwin + Company, among others. She was most recently seen in The Gauntlet, an immersive, site-specific choral and movement piece co-produced by National Sawdust, and created by composer Sxip Shirey and choreographer Coco Karol, The Let Go, an immersive performance and installation by Nick Cave at Park Avenue Armory, and Sitting on a Man’s Head, a practice and an installation by Okwui Okpokwasili and Peter Born at Danspace Project in March of 2020.

In addition to her movement-based work, Remi has held positions as the Education Coordinator at Ballet Hispanico and the Co-Director of Brooklyn Studios for Dance. Past curatorial work includes the 2019 Dance/NYC Symposium along with Stephanie Acosta. She advocates for dance equity as a member of several art collectives such as the Artists of Color Council under Movement Research and as a creative consultant. She is currently the Programs Manager at CPR-Center for Performance Research and a Hofstra University alum graduating with a BA in Dance where she was on scholarship.

This project is supported by the New York State DanceForce, a NYSCA partner and by the Corning Pride Council and the Arts of Southern Finger Lakes. Special thanks to Meghan O’Toole Tuazon.